Despite the way a majority of the population celebrates, the origins of St. Patrick and his day are different from what we see on March 17th. Here are a few examples of the overlooked aspects of a historically accurate St. Patrick’s Day.

Green was not the initial color surrounding St. Patrick- St. Patrick was originally depicted in shades of blue not green, however, green did become largely associated with the holiday during the late 1800s and the Irish independence movement.

St. Patricks Day was originally a dry celebration- During its youth, the day celebrated as St. Patrick’s Day was a religious feast that fell within the period of lent and as such, all the pubs were closed in religious recognition. This did not change until 1995 when Irish officials decided to cease the opportunity to showcase Irish culture and increase tourism.

The first parades honoring St. Patrick were held in the United States not Ireland- After the famous Potato famine that plagued Ireland, the number of Irish immigrants in New York grew excessively. As Irish culture mixed with American enthusiasm, the St. Patrick’s Day parade became tradition much like the dying of the Chicago River green.

St. Patrick never drove actual snakes from Ireland- The myth that St. Patrick drove all the snakes from Ireland into the sea to drown hits a snag when you realize that there were never any snakes in Ireland due to the inadequate temperature. The idea is actually a metaphor for the conversion of the country’s pagan religion to christianity. 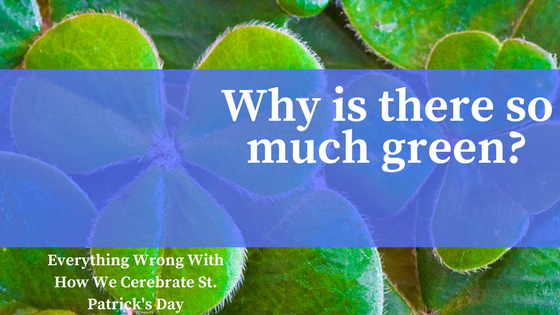