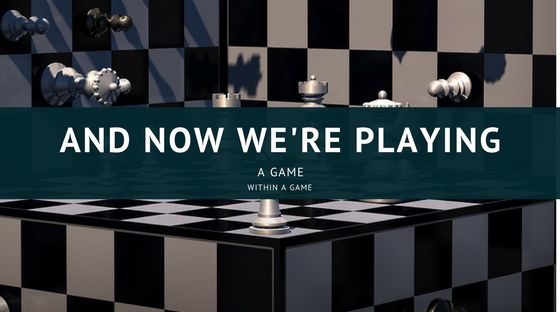 “You’re not going to know what’s real and what’s fake.”

You are going to know what’s taking a real long time to conclude though.

Even with a cast well known for their comedic chemistry, the storyline of “Game Night” with main characters Max and Annie portrayed by Jason Bateman and Rachel McAdams respectively, was not at the forefront of most audience members minds I believe. The supporting cast featuring creepy neighbor Gary (Jesse Plemons), soulmates Kevin and Michelle (Lamorne Morris and Kylie Bunbury), and Buzzfeed advocate Ryan (Billy Magnussen) helped spice the funny part of this picture up. Of course, not being afraid to poke fun at your own story sets writer Mark Perez and directors John Daley and Jonathan Goldstine ahead already for hipster audiences everywhere.

Brooks: No Ryan the whole car.

Divided under the comedy, crime, and mystery genres, the story seemed to make the main plot subdued by subplot and the screen time is exhausted. However, the subplot might just be what the audience was after.

These are the things we wanted to know halfway through the film and probably why we peed during the “exciting” revel of the real kidnapper’s connection. The comedy aspect comes through strong though, without an endless line of gag jokes and puns that have been beaten to death, the audience may find space to laugh out loud once or twice.

While a quicker wrap up would have been preferable, the film altogether was adequate for a good laugh and fun night out. Solid 6 of 10 would watch again on Netflix.