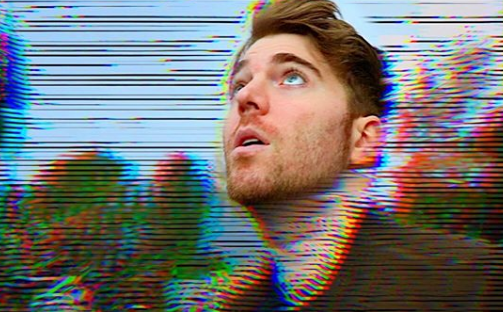 “Clearly it was a cover-up.” – Shane Dawson

From the flat Earth theory to the moon landing being staged, people have always been fascinated with conspiracies theories. We just love to speculate about something that may be hidden just beneath the surface of the “truth”. Shane Dawson’s new hour and 44-minute conspiracy theory video is a cluster of haunting conspiracy theories with the question, ‘Is your iPhone secretly listening to you?’ at the forefront of the series.

Shane Yaw, also known as Shane Dawson, is a 30-year-old actor and YouTuber from Long Beach California. He is most known for his movie “Not Cool” as well as his appearance on Joey Graceffas, “Escape the Night.” Likewise, he also the author of two New York Times best sellers, “It Gets Worse” and “I Hate My Selfie.”.

“They are going to get our coordinates! Delete!” – Ryland Adams

Lately, Yaw seems to be taking a different approach at entertainment in his hour-long Youtube series’ documenting the lives of other YouTubers such as influencer Tana Mongeau and beauty guru Jeffree Star. Where Yaw really seems to shine, however, are his conspiracy theory videos on his YouTube channel entitled “shane.”. With 135 videos and over 20 million hits on the latest in his conspiracy playlist, Yaw decided to take this idea to the next level and plan out a two-part series with over an hours content for each.

Yaw touches on conspiracy theories such as the infamous Woolsey fires, subliminal messages in children’s cartoons and in supermarkets, face scanning children’s apps, an Abercrombie and Fitch scandal and Walt Disney’s frozen head theory. The centerpiece of the video documentary, however, is the idea that Apple is listening to our conversations through iPhones and other Mac products. Yaw and friends Garrett Watts, Andrew Siwicki and Morgan and Ryland Adams, engage in a deep dive investigation that will leave them nearly paralyzed in fear by the results.

“The phone was already recording in such a way to where it got through to her [Before she answered the phone].” – Andrew Siwicki

Join Yaw and company as they experiment with their iPhones to see if Apple or possibly someone else is spying on them through the camera and microphone. Their experiments include listening to the phones closely for static because if you hear static in your phone it might be bugged. Likewise, they isolate Yaw and their cameraman, Siwicki, in their panic room to hear if someone who is calling can hear you speaking even before you answer the phone.

“What does static mean though?” – Ryland Adams

Yaw will post part two of his conspiracy series Monday, February 11th continuing his deep investigations into the conspiracies that make most people’s skin crawl.  The video was set to drop last Wednesday, however, due to some last minute inspiration, Yaw and cameraman and editor Andrew Siwicki decided to push the released date to Monday. We can only assume that the finale of this series is going to blow us away.