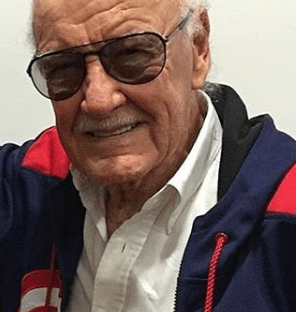 According to “The Hollywood Reporter,” Lee tragically passed away at Cedars-Sinai Medical Center in Los Angeles, California at the age of 95.

Although many people may recognize him from his infamous cameos in the Marvel movies, he was known for in the comic community.

When Lee co-created the Fantastic Four with Jack Kirby, they created one of the most well-received comics of the time.

By creating heroes and villains with a sense of inner conflict, morality as well as human complexes and concerns, fans found them more relatable than characters who were straight-laced and well-adjusted to any and all situation the story required.

This revolutionized the comic industry and sent Marvel Comics on the path to create some of their most well-known characters such as Iron Man, Captain America, The Avengers and Spider-Man.

A unique perspective that eventually resulted in not only the multimillion dollar company we know as Marel today, but a National Medals of Arts and Humanities Presentation presented to Stan Lee for,

“his groundbreaking work as one of America’s most prolific storytellers and recreating the American comic book. His complex plots and humane superheroes celebrate courage honesty and the importance of helping the less fortunate…”.

Thanks to Stan Lee, the world has been graced with Peter Parker struggling to pay bills and maintaining a steady job, seen the great Tony Stark struggle with his anxiety and PTSD, and even witnessed Deadpool having to grapple with grief and depression.

Lee effectively influenced generations of readers as he tackled many issues such as bigotry, drug use and criminal activity in his comic and their big screen adaptations.

He also, unfortunately, showed us that even real heroes have to die.

Fans and colleagues from around the globe took to social media to honor and pay final respects to a man who touched the lives and the hearts of so many.

“He wasn’t only a guy that was passing on art, but a legacy… he made an impact and the characters (in Marvel) are set for now,” says Robert, a Lone Star College-Kingwood student.

“We, people like me, will remember him and what he’s done forever,” says Marilyn, a Lone Star College-Kingwood student.

Stanley Martin Lieber was born on December 28, 1922, in New York City, and after an extraordinary career, Stan Lee was put to rest.

His legacy at Marvel Comics and in the comic industry is sure to be remembered and revered by the fan community even after his death.