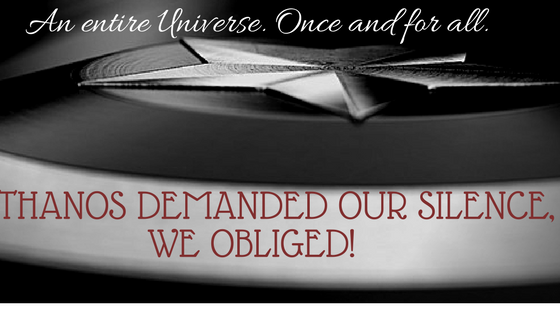 “Evacuate the city! Engage all defenses! And get this man a shield!” -Avengers Infinity War

Welcome you to the Marvel Cinematic Universe, where the phrase “I love you” is as good as a death sentence.

“You will NEVER be a god!”- Avengers Infinity War

As I am sure many of my regular readers know, the Russo brothers are not my favorite directing team, yet I find myself without a handful of shade to throw. Effectively living up to the tagline, “An entire universe. Once and for all.”, this production has successfully executed the conglomeration of not less than six major motion picture fandoms with grace and efficiency.

It has also, within a small margin of utility, set the stage for an unnamed Avengers 4 film while holding the bar of incredible visual aspects and bold color patterns that the MCU is famous for. One more personal concern of mine was the sacrifice of plot depth for these visual masterpieces which I am zealous to announce was unfounded. As well as the visual and auditory aspects of the film were a solid hit and without a doubt raised the grading bar for future films.

The new motto of the Avengers, it looks like, has put the surviving members of this two-parter in a difficult spot.

With the events leading to the completion of the latest Avengers picture, most fans have been left with more questions than answers and a post-credit scene to rival that of the Original Avengers introduction post credit scene. Several of who believe that the end of phase three containing a sacrifice of this magnitude will be the beginning of a new era for the Avengers team entirely.

The cast still standing may have a difficult yet artful dissolution decision to make May of 2019.

“Somebody just chop his arm off.” -Me from the audience of Avengers Infinity War.

Even with some of the more prominent cliché plot elements and the realization of more than a decade worth of motion picture magic, the familial adoration demonstrated by the character groups and unanticipated character reveals, provides more than enough room for forgiveness.

However, as entertaining as this was, we all must wait for the other shoe to drop next year.